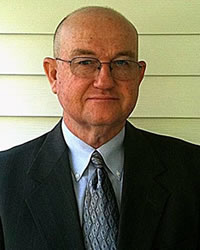 The most vital thing in true evangelism is the gospel. It does not matter how many go as missionaries. It does not matter how quickly they work. It does not matter how far they go. It does not matter how great their zeal or sincerity is. It does not matter how many decisions, converts or professions they get. What matters is the message. Two messengers went to David concerning the battle and the state of Absalom. (II Samuel 18:21-32) One was sent, the other just wanted to go. The one who went on his own was faster, got there first and gave a message that David in his flesh wanted to hear, “all is well.” The other, Cushi, was sent, he arrived later with the true message and it was one that David in his flesh did not want to hear for Absalom was dead. God warns of such false prophets, “I have not sent these prophets, yet they ran: I have not spoken to them, yet they prophesied.” (Jer 23:21) Men can call what goes on in false religion “evangelism” if they want to but it is not biblical evangelism if it does not have at its center the true gospel of God’s glory and grace. In the true gospel, God’s righteousness is revealed! That He is righteous, requires righteousness and gives it as a gift of His grace to a people He chose in Christ before the world began. The good news is that He has “saved us” and now “called us” to make us aware of it. It is not “how to be saved” but the fact that God... “hath saved us, and called us with an holy calling, not according to our works, but according to his own purpose and grace, which was given us in Christ Jesus before the world began,” 2 Tim 1:9

The Greek dictionary defines the word “evangelist” as “one who preaches the gospel.” Without the gospel that gives all the glory to God in salvation, one is not an evangelist and it is not evangelism. It is the same as Pharisee evangelism and Christ said of it: “Woe unto you, scribes and Pharisees, hypocrites! for ye compass sea and land to make one proselyte, and when he is made, ye make him twofold more the child of hell than yourselves.” (Mat 23:15) To evangelize is to preach the gospel which is to “eulogize” or speak glad tidings, good news concerning God and His grace in Christ.  Good news to sinners is that Christ has finished the work, brought in everlasting righteousness, carried out the Father’s purpose of grace, by Himself purged our sins, obtained eternal redemption for us, suffered the just for the unjust to bring us to God and freely justified us through His redemptive death. To evangelize is not to get decisions from men. It is not just to get them to “believe.” It is not to get them to reform. It is to declare to them the testimony of God in Christ! His sheep will hear His voice in this gospel and follow Christ! Paul’s instructions to Timothy and us are clear: “Preach the word; be instant in season, out of season; reprove, rebuke, exhort with all longsuffering and doctrine. For the time will come when they will not endure sound doctrine; but after their own lusts shall they heap to themselves teachers, having itching ears; And they shall turn away their ears from the truth, and shall be turned unto fables. But watch thou in all things, endure afflictions, do the work of an evangelist..... (II Tim. 4:2-5) Let our gospel be our boast and trust God to give the increase.