Who is The Christ that we Worship?
by Jim Casey 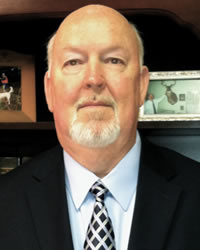 He’s God in the flesh. He’s both God and man, He’s the God man. Because of our fall in Adam, all men without exception became sinners. We became sinners not only by representation but in time by practice, and because of this we need a savior. The God we worship is a just God and because of this, there must be complete satisfaction toward God for sins, and because of this, God in His great love chose a people to save, they are called His elect, His sheep and He give them to His Son in the everlasting covenant of grace that was made before time. God the Son, the Word made flesh. Look at (John 1:10-14) He was in the world, and the world was made by him, and the world knew him not. 11He came unto his own, and his own received him not. 12But as many as received him, to them gave he power to become the sons of God, even to them that believe on his name: 13Which were born, not of blood, nor of the will of the flesh, nor of the will of man, but of God. 14And the Word was made flesh, and dwelt among us, (and we beheld his glory, the glory as of the only begotten of the Father,) full of grace and truth.

The elect of God were not chosen apart from Christ, but were chosen in Christ. God the Son willingly took on the office of Surety. God the Son, the elect’s Surety, became obligated for the sin debt that we all owed but could not pay. God the father out of His great love and mercy chose not to impute or charge sins to His elect but to charge them to His dear Son, the elects Surety. The justice of God has always looked to the savior for full satisfaction and payment of the sins of God’s elect. In the fullness of time, God the Son came to this earth as a representative of those that the Father gave him in the everlasting covenant of grace that was made between the Godhead, the Father, Son and Holy Spirit. Look at (John 6:37-40) All that the Father giveth me shall come to me; and him that cometh to me I will in no wise cast out. 38For I came down from heaven, not to do mine own will, but the will of him that sent me. 39And this is the Father’s will which hath sent me, that of all which he hath given me I should lose nothing, but should raise it up again at the last day. 40And this is the will of him that sent me, that every one which seeth the Son, and believeth on him, may have everlasting life: and I will raise him up at the last day.  Christ, the God man became guilty for my sins, but He had no sin. He was perfect, without spot or blemish. He became sin by imputation, as God legally charged the sins of all the elect to Christ. He bore the responsibility for my sins. The wrath of God set its sight on the Lord Jesus Christ. This is the one who was our Surety, the one who became responsible for the sin debt of all the election of grace.  Look at (Heb. 7:22) By so much was Jesus made a surety of a better testament. The Apostle Paul says in (2 Corinthians 5:21) For he hath made him to be sin for us, who knew no sin; that we might be made the righteousness of God in him. I said all of this in order to make sure that you understand that anything done in the sinner, which is wrought out by the Spirit of God, is the fruit and the effect of what Christ has already accomplish for us in His life and death, It’s His righteousness alone, freely imputed to our account, that demands that we receive all of the blessings of grace. Look at (Ephesians 1:3-6) Blessed be the God and Father of our Lord Jesus Christ, who hath blessed us with all spiritual blessings in heavenly places in Christ: 4According as he hath chosen us in him before the foundation of the world, that we should be holy and without blame before him in love: 5Having predestinated us unto the adoption of children by Jesus Christ to himself, according to the good pleasure of his will, 6To the praise of the glory of his grace, wherein he hath made us accepted in the beloved. This is the true Christ of scripture; this is the Christ that we worship.