The Kind of Preaching that Will Bring Revival
by Rolfe Barnard 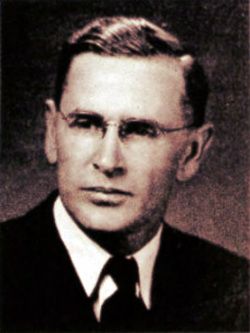 In general it may be said that every revival to date has been marked by the preaching of God's Sovereign Grace in Christ! Paul preached after this fashion and planted churches everywhere. Augustine came near to saving the Roman Church for the truth by such preaching. Calvin drove a wide wedge in Europe and the world with such preaching, and Spurgeon stood England on its head for two generations with the preaching of the Sovereign Grace of God.

This kind of preaching breaks up the fallow ground before sowing the seed of the gospel. Most preachers today ignore the condition of the ground and hasten to apply a mixture of law and grace, mercy and works, to ground that cannot bear fruit.

The urgent need is for preaching that will break up the ground and prepare the way for the preaching of the gospel. But I warn you, beware should you try this, my preacher brother. Truths that God uses to produce revival are truths least acceptable to the flesh. It is just here that the preacher must make his choice. Shall it be preaching that pleases the flesh or preaching that glorifies God? It cannot be both!

I mention four things in particular that must be preached if we are to have revival in our generation!

The Character of God. What kind of God is the God whom men shall meet at the judgment and with whom they have to do now? This generation does not know. For the most part it has not heard preaching on the character of God! God is holy! Men do not believe this today. Do we who preach believe God is holy?

We must preach the holiness of God until some spue out their hatred of such a Holy God and others flee for refuge to His Holy Son. God's Law was and is holy, just, and good. He did not make a mistake when He gave His law, nor has He ever apologized for it. It is still the expression of His holy character. God delights to show mercy, but He will save no one apart from the absolute satisfaction and vindication of His law and justice. He cannot be bribed nor coaxed. It is redemption through Christ who obeyed the perfect law and endured the righteous judgment of a Holy God for believers, or it is to experience the punishment of that God.

God is Sovereign. He reigns in grace. He blesses those in Christ and damns all outside of Christ. He raises up vessels of mercy and vessels of wrath. He shows mercy on whom He will, and whom He will He hardeneth (Rom. 9:18). He loves Jacob and hates Esau (Rom. 9:13). He saved Israel and hardened the heart of Pharaoh (Exo. 7:13). He gives salvation to whom He will (John 5:21). He worketh all things after the counsel of His own will (Eph. 1:11).

This generation of church goers has yet to hear for the most part the truths that are basic in God's way of grace. Depravity, election, predestination, salvation as a free-gift (not a timid offer), and the effectual sacrifice of Christ has not been preached. As a result, sinners have a mighty poor conception of God and a mighty high opinion of themselves. To the average person God is a person or a principle who is trying to catch them and is failing. To them God is one to whom they propose someday to give some attention. How the truth of God's absolute sovereignty would strike fear in their hearts if preached today!

The True Condition of Men. This generation does not know the truth about itself. Consider the condition of man morally and spiritually. He is not as God made him! He is a fallen creature, morally depraved. He is dead spiritually and hates the Living, Holy, and just God. Original sin is explained away, if dealt with at all; yet it is basic! The fact of man's enmity of God is not flattering to so-called enlightened men, so we soft-pedal its preaching. Man's helpless condition as spiritually dead is denied by many, debated by some, and preached by few. A man can improve his moral condition somewhat, but a dead sinner cannot give himself life! Christ did not die that men might not die, but that dead men might live! We must shut men up to God's intervention and mercy. We must strip sinners of their high estimation of themselves and of all hope in themselves if we would see revival.

The Destiny of Men. We must preach Christ Jesus as the only Redeemer – just and justifier! To be in Christ is to be eternally saved. To be out of Christ is to be as certain for Hell as God is true. Not a hell of reformation, but of retribution and punishment. God will punish sin! Preachers who dare to shut men up to the mercy of God in Christ and who dare to leave the rest to bear their sins in Hell are the need of the hour!