Eternity is not an Extension of Time
by W.E. Best 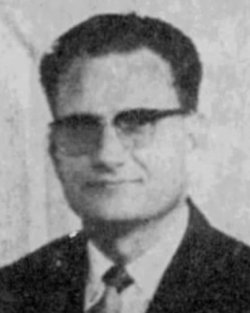 For thus saith the high and lofty One that inhabiteth eternity, whose name is Holy; I dwell in the high and holy place, with him also that is of a contrite and humble spirit, to revive the spirit of the humble, and to revive the heart of the contrite ones. - Isa 57:15

Time has been defined as “the consideration of duration, the measure of it, as set out by certain periods, and marked by certain measures.” The river of time rises in value as the Christian rushes on to the ocean of eternity. Time is the essence of everything in the physical universe. Therefore, this universe is a time universe. Since time presently coexists with eternity, man has difficulty differentiating between them. Being a creature of time, man wants to put time in eternity by speaking of “eternity past” and “eternity future”.

Everything is timeless in eternity. Eternity is not an extension of time. There is neither past nor future in eternity. Some say there is time in eternity because one event will follow another. One must understand that what Bible students mean by “before” and “after” in reference to God’s decrees is not that one is before another in the order of time, because all are from eternity. However, he must form an idea of one decree before another inasmuch as God decrees one thing out of respect to another decree. Hence, one decree becomes the foundation of another decree. For example, God’s decree to manifest His glory should be considered before the creation and fall of man. Creation was the means of manifesting His glory. Therefore, God’s decree to manifest His glory preceded—in order—the decree to create.

There is order but not time in eternity. Order does not necessitate time. It means arrangement, classification, or coordination of persons or things by sequence or rank; but time means the sequential relations that any event has to another as future, present, or past. Hence, the sequential which is characterized by regular sequence of parts— future, present, and past —would bring finite duration into eternity which is impossible. There is order in eternal election. Since our election is in Christ (Eph. 1:4), the election of Christ to be our Savior preceded our election in Him (Isa. 42:1; Luke 23:35; I Pet. 2:4). Furthermore, the acts of God in time are the acts of God’s will decreed before time. The eternal decrees of God must be understood in the mind of God in the same order in which they are executed in time.  (Brandan's clarifying note:  I believe the decrees in the mind of God are in the reverse order of their execution in time as the logical order of any plan is the exact reverse of its actual execution.)

Wilbern Elias Best (1919-2007) was a preacher and writer of Gospel material. He wrote 25 books and pamphlets comprised of sermons he preached to his congregation. These books were distributed in English and Spanish around the world from 1970 to 2018 at no cost via the W.E. Best Book Missionary Trust.
Topics: Church Bulletin Articles
Author: W.E. Best
Views: 24