Do Not Trust in Riches
by Ambrose of Milan 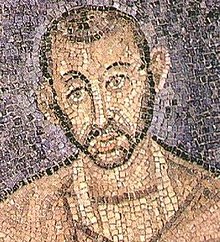 Do not trust in riches; for all such things are left here, faith alone will accompany you. And righteousness indeed will go with you if faith has led the way. Why do riches entice you ? Ye were not redeemed with gold and silver, with possessions, or silk garments, from your vain conversation, but with the precious Blood of Christ.  He then is rich who is an heir of God, a joint heir with Christ. Despise not the poor man, he has made you rich. This poor man cried, and the Lord heard him.  Do not reject a poor man, Christ when He was rich became poor, and became poor because of you, that by His poverty He might make you rich. Do not then as though rich exalt yourself, He sent forth His apostles without money, (Ambrose, Letter 63, par. 87)