What is Faith?
by John W. Robbins 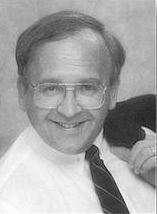 Long before neo-orthodox theologians thought of saying that faith is an encounter with a divine person rather than assent to a proposition, preachers who ought to have known better taught that faith is trust in a person, not belief in a creed. This writer, when a teenager, was told that some people would miss Heaven by twelve inches-the distance between the head and the heart-because they believed the Gospel with their heads but not with their hearts. Today it is easier for a camel to pass through the eye of a needle than it is to find a minister-a conservative minister- who does not believe and teach that one must have a “personal relationship” with Christ in order to be saved. But what that “personal relationship” consists of is either not made explicit or, when made explicit, contradicts what the Bible teaches about saving faith. The result is that non-Christians are either needlessly confused or deliberately misled. Perhaps the world is not responding to our message because we have garbled the message. Neither we, nor they, know exactly what to do to have eternal life.

Statements such as these about the head and the heart and trusting a person, not believing a creed, are not only false, they have created the conditions for the emergence of all sorts of religious subjectivism, from modernism to the charismatic movement and beyond. No one will miss Heaven by twelve inches, for there is no distance between the head and the heart: “As a man thinks in his heart, so is he.” The head/heart contrast is a figment of modern secular psychology, not a doctrine of divine revelation. St. Sigmund, not St. John, controls the pulpit in all too many churches.

Further, “trust in a person” is a meaningless phrase unless it means assenting to certain propositions about a person, propositions such as “I believe in God the Father Almighty...and in Jesus Christ his only Son, our Lord, who was conceived by the Holy Ghost, born of the virgin Mary, suffered under Pontius Pilate, was crucified, dead, and buried; the third day he rose again from the dead; he ascended into Heaven, and sits on the right hand of God the Father Almighty; from thence he shall come to judge the living and the dead.” Trust in Christ, unless it means belief of these propositions, is totally without value. “Christ” means these propositions-and a lot more, to be sure, but at least these. No one who trusts in the Christs of Barth, Brunner, Renan, or Tillich will be saved.

In the pages that follow [in Faith and Saving Faith], Dr. Clark defends the view that faith is assent to a proposition, and that saving faith is assent to propositions found in the Bible. Saving faith is neither an indescribable encounter with a divine person, nor heart knowledge as opposed to head knowledge. According to the author of Hebrews, those who come to God must believe at least two propositions: that he is, and that he is a rewarder of them that diligently seek him. Mindless encounters and meaningless relationships are not saving faith. Truth is propositional, and one is saved and sanctified only through believing true statements. Faith comes by hearing and hearing by the Word of God.

This recognition of the primacy of the intellect, the primacy of truth, is totally missing from contemporary theology. Fifty years ago, one of this century’s greatest theologians and writers, J. Gresham Machen, wrote a book entitled What Is Faith? His words are as appropriate today as they were then:

This anti-intellectual tendency in the modern world is no trifling thing; it has its roots deep in the entire philosophical development of modern times. Modern philosophy... has had as its dominant note, certainly as its present day result, a depreciation of the reason and a skeptical answer to Pilate’s question, “What is truth?” This attack upon the intellect has been conducted by men of marked intellectual power; but an attack it has been all the same. And at last theological results of it, even in the sphere of practice, are beginning to appear. A marked characteristic of the present day is a lamentable intellectual decline, which has appeared in all fields of human endeavor except those that deal with purely material things. The intellect has been browbeaten so long in theory that one cannot be surprised if it is now ceasing to function in practice ....

As over against this anti-intellectual tendency in the modern world, it will be one chief purpose of the present little book to defend the primacy of the intellect, and in particular to try to break down the false and disastrous opposition which has been set up between knowledge and faith.

That, too, is a chief purpose of this little book [Faith and Saving Faith]. The following pages argue that it is rational to believe what God says; it is irrational to disbelieve God. No argument is more urgently needed than that.

The Trinity Foundation hereby grants permission to all readers to download, print, and distribute on paper or electronically any of its Reviews, provided that each reprint bear our copyright notice, current addresses, and telephone numbers, and provided that all such reproductions are distributed to the public without charge. The Reviews may not be sold or issued in book form, CD-ROM form, or microfiche.

John Robbins (1949-2008) founded a Christian think tank in 1977, The Trinity Foundation, and under his direction The Foundation has published 75 books, 180 lectures, and 275 essays; hosted conferences and seminars in several states; and published a monthly newsletter for over 30 years.
Topics: Modified Covenant Theology Gospel Distinctives
Author: John W. Robbins
Views: 17