Some Grace Gems found in the Dead Sea Scrolls 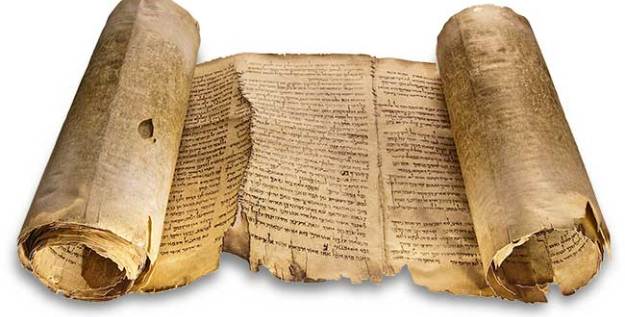 First some Quotes about the Essenes and the Dead Sea Scrolls

"...The sect of the Essenes affirm, that fate (God) governs all things, and that nothing befalls men but what is according to its determination." - Flavius Josephus, Antiquities of the Jews, Bk XIII, Ch V, Sn 9

"Essenes emphasize the role of fate, or divine providence, in all things, unlike the Pharisees and Sadducees, who allow for some scope for free will (Ant. 13.171-173); the doctrine of predestination is common in the scrolls. (See the Charter 2:13-4:26 for its most notable expresson)."

And now from the Scolls themselves

"Everything is engraved before You with the ink of remembrance for all the times of eternity, for the numbered seasons of eternal years in all their appointed times. Nothing is hidden, nor does anything exist apart from Your presence." - Thanksgiving Psalms 1QH 9.24-25

All that is now and ever shall be originates with the God of knowledge.  Before things come to be, He has ordered all their designs, so that when they do come to exist—at their appointed times as ordained by His glorious plan—they fulfill their destiny, a destiny impossible to change.  He controls the laws governing all things, and He provides for all their pursuits. - Community Rule 1QS 3.15-17

On the Deity of the coming Messiah (against the unitarianism of the Rabbis):

"He will be great over the earth . . . all will worship him. . . . He shall be called great and he will be designated by his name.  He will be called "Son of God" and they will call Him "Son of the Most High" . . . His kingdom will be an eternal kingdom, and all His paths in truth and uprightness. . . . The sword shall cease from the land and all the provinces shall pay him homage.  He is a great God of gods. . . His kingdom will be an eternal kingdom, and none of the abysses of the earth shall prevail against it." - 4QAramaic Apocalypse [4Q246] Col. I:7-9; Col. II: 1,5-8

On Free Grace and Justification in Christ

As for me, my justification lies with God.  In his hand are the perfection of my walk and the virtues of my heart.  By His righteousness is my transgression blotted out . . .

As for me, to evil humanity and the counsel of perverse flesh do I belong.  My transgressions, evils, sins, and corrupt heart belong to the counsel of wormy rot and those who walk in darkness.  Surely a man's way is not his own; neither can any person firm his own step. Surely justification is of God . . .

As for me, if I stumble, God's loving-kindness forever shall save me. If through the sin of the flesh I fall, my justification will be by the righteousness of God which endures for all time.  Though my affliction break out, He shall draw my soul back from the Pit, and firm my steps on the way.  Through his love He has brought me near; by His loving-kindness shall He provide my justification.  By his righteous truth has He justified me; and through His exceeding goodness shall He atone for all my sins.  By His righteousness shall He cleanse me of human defilement and the sin of humankind—to the end that I praise God for His righteousness, the Most High for His glory.

I know by Your Understanding that it is not by human strength [ . . . ] a man’s way is [not] in himself, nor is a person able to determine his step. But I know that in Your hand is the inclination of every spirit [ . . . and all] his [works] You have determined before ever You created him. How should any be able to change Your words? You alone have [creat]ed the righteous one, and from the womb You established him to give heed to Your covenant at the appointed time of grace and to walk in all things, nourishing him in the abundance of Your compassion, and relieving all the distress of his soul for an eternal salvation and everlasting peace without want. Thus You raise his glory above the mortal. But the wicked You created for [the time of] Your [w]rath, and from the womb You set them apart for the day of slaughter. For they walk in a way which is not profitable, and they reject Your covenant and their soul abhors Your truth. They have no delight in all that You have commanded, but they chose that which You hate. All [ . . .] You have prepared them in order to execute great judgments among them before all Your creatures that they might be a sign [ . . . ] eternal, so that all might know Your glory and great power. And what indeed is a mere human that it might have insight into [ . . . ] how is dust able to determine its step?

You yourself have formed the spirit, and its activity You have determined, [ . . . ] and from You is the way of all life. I know that no wealth compares with Your truth, and [ . . . ] Your holiness. I know that You have chosen them above all and for ever they shall serve You. 1QHodayot7, translated in The Dead Sea Scrolls: A New Translation, Michael Wise, Martin Abegg, Jr., & Edward Cook, p. 89 (HarperSanFrancisco: 1996).

By Thy wisdom [all things exist from] eternity, and before creating them Thou knewest their works for ever and ever. [Nothing] is done [without thee] and nothing is known unless Thou desire it. Thou hast created all the spirits [and hast established a statute] and law for all their works. Thou hast spread the heavens for Thy glory and hast [appointed] all [their hosts] according to Thy will; the mighty winds according to their laws before they became angels [of holiness] . . . and eternal spirits in their dominions; the heavenly lights to their mysteries, the starts to their paths, [the clouds] to their tasks, the thunderbolts and lightnings to their duty, and the perfect treasuries (of snow and hail) to their purposes, . . . to their mysteries.

Thou hast created the earth by Thy power and the seas and deeps [by Thy might]. Thou hast fashioned [all] their [inhabi]tants according to Thy wisdom, and hast appointed all that is in them according to Thy will. And to the spirit of man which Thou hast formed in the world, [Thou hast given dominion over the works of Thy hands] for everlasting days and unending generations . . . in their ages Thou hast allotted to them tasks during all their generations, and judgement in their appointed seasons according to the rule [of the two spirits, For Thou hast established their ways] for ever and ever, [and hast ordained from eternity] their visitation for reward and chastisements; Thou hast allotted it to all their seed for eternal generations and everlasting years . . . In the wisdom of Thy knowledge Thou didst establish their destiny before ever they were. All things [exist] according to [Thy will] and without Thee nothing is done . . . .

It is Thou who hast created breath for the tongue and Thou knowest its words; Thou didst established the fruit of the lips before ever they were. Thou dost set words to measure and the flow of breath from the lips to metre. Thou bringest forth sounds according to their mysteries, and the flow of breath from the lips according to its reckoning, that they may tell of Thy glory and recount Thy wonders in all Thy works of truth and [in all Thy] righteous [judgements]; and that Thy Name be praised by the mouth of all men, and that they may know Thee according to their understanding and bless Thee for ever (cf Ps. 139:4). 1QHodayotIX, translated in The Complete Dead Sea Scrolls in English, Geza Vermes, pp. 253-255 (Penguin Books: 1997).

Is it any wonder now why modern "scholars" rejected these scrolls as written by heretics?  It violates their free will and conditional system. The Pharisees of today are the same as yesterday.  - Brandan