Andrew Fuller's Unitarian Philosphy
How he deceived the reprobates in the Baptist Assemblies
and split them into Arminian-Socinian heretics.
by Ed Vrell 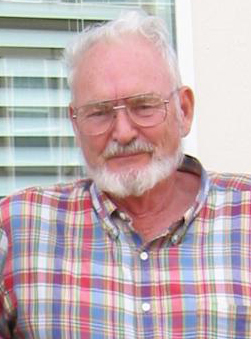 The modern missionary movement began with Fuller’s (1754-1815) imitating the RCC/Jesuit missionaries like Javier by learning from Amyraut, Socinius, Arminius, and other Judaizers. They did not believe in Paul’s letter to the Galatians.

Fuller taught the General Atonement from Abelard’s koo-koo LOVE Theory, Universal LOVE from the occult and oriental monks, the LOST are able to regenerate themselves, and saving grace is earned by doing the magic rituals and keeping superstitious traditions as proof of good-works. This just proves that Fuller and his gullible followers never read the Bible in context, but tried to motivate the haters of God and Jesus to their auto-salvation methods.

This is a defense of A DEFENSE OF PARTICULAR REDEMPTION by Wm. Rushton, 1831 against Fuller’s lies in the 1770s GOSPEL IS WORTHY OF ALL ACCEPTATION. Rushton shows Fuller’s schism and defines the beginnings of the Baptist Apostasy. We are dissidents and non-conformists falsely named Anabaptists or Baptists that later formed Calvinistic Associations in order to control their newly formed private club which soon became a mess as you see now on TV/radio and hard sell salesmanship gimmicks.

Pentecostals and Charismatics are not truly independent assemblies but another set of religious hierarchies.

Charles Haddon Spurgeon followed Fuller’s DUTY FAITH theory to destroy the Bible. The N.T. was written for believers to grow in the faith and answer the Pharisees, pagans, and idolatry. It is not a book for evangelizing the dead reprobates or for political control as when the politicians call their enemies the non-existent ANTICHRIST which the Reformers did and is still in use in today’s political race for winning votes. CHS was the final blow for teaching Biblical Salvation. The freewillers from Justin Martyr onward now run the assemblies and seminaries

I was taught this mess at NOBTS. The current word then was Neo-Orthodox from Barth, Bultmann, and Tillich. Now it is called the New Age Gnostic Theory. Mysticism, experience, and feelings run the show. GET HIGH ON JESUS! HE IS THE BEST SATIFACTION! But of course, the opposite view was the DISPENSATIONAL CULT FROM DARBY’S OCCULT
SYSTEM. Therefore, the real Bible believers are caught in the middle and damned by both errors. Jesus: "The road is wide that leads to destruction!" Which road are you on? Psalm 1!

I am a Bible believing pastor-teacher. Fuller turned away from his assembly and the Bible in 1770. The rest is the history of his apostasy and how he split the local congregations. The real and true independent assemblies, those outside the Calvinistic Associations, stood the test and stayed with the Bible. Are there any left?

Rushton wrote this in 1831. It was buried in history by the freewill churches. It took me a long time to find the book, but what a blessing it was to clear my mind from all the Platonic philosophy. I am overjoyed to tell you the real truth about the independent, non-conformist, dissident Bible believers.

I am not saying who is saved or reprobated/rejected because that is God’s call. But I can read the Bible and check out the context and see what these pseudo-Baptists preach. God found me in the bowels of my mother’s witchcraft hell and Jesus saved me and the Holy Spirit grew me out of churchianity. If we don’t grow into the truth, then we are false children of God waiting for our deceit to be revealed at the final judgment, Heb. 12:5-11, Matthew 25.

They think that they can help God, the Holy Spirit, to do His job. Fuller is just like the Catholic Arminius in re-animating the old merit system. Arminius covered up his denial of Jesus’ deity by arguing over predestination.

The style of this study is that I will quote Fuller, then Rushton’s critique, and finally, my comments.

There is some overlap in this second study. The N.T. was written against all the typical heresies and it is still sufficient to reply to all the heresies that plague our assemblies today. These heresies have never changed over the centuries. Send for my study of Justin Martyr who recorded all of them in 148 A.D. Each Diotrephes, 3John 9-10, just re-arranges the words and philosophies into different sounding phrases, but they are the same pagan philosophies.

In 1770’s, Andrew Fuller was the arch heretic to deceive the reprobates who were hidden in the false Calvinistic-Arminian assemblies. He was so successful that most do not know the history of this culprit with his clever, sneaky unitarian-freewillism from Socinius. He and Carey are now praised for starting the Modern Missionary Movement, Matthew 23:15.

I was a part of this movement until the grace/favoritism from God slowly weaned me from these errors. How I do not know, but they knew my Bible ideas then put me out. Later on I found out that they had bad theology and gimmicks instead of the N.T. message.

I found the real truth in the Biblical context and in genuine church history without revisionism and following the Roman Catholic missionary method. I have over 15 years of pagan Christian education, yet I was never taught the truth. Why? They wanted their salary and one could not shake the boat.

p22) "Fuller denied redemption as the ransom price paid by Jesus to the Father’s wrath. All liberals/modernists believe that the word means ‘our personal freedom to do our own salvation." (Theologians make all the words to refer to their experience, 2Tim. 4:3-4.)

p29) "Fuller makes satisfaction to divine justice a hindrance for any sinner to return to God." (The unitarian deity needs no appeasement as reprobate Anglican Dodd wrote. He makes propitiation into a "pleasant experience of feeling clean." Nominal Christians hate Rom. 3:9-5:5.)

p30) "Fuller reprobated the representation of sin as a debt and rejected Christ’s atonement as payment of a debt." (Calvinists now put Fuller’s "Gospel Worthy of Acceptance for All" back into print when real Reformers fought against it.)

p55) "Fuller denies the vicarious cross. His view relative to the atonement is that upon the principle/law, the death of Christ is not vicarious, though all real Christians hold that view." (Fullerism won! The offense of the cross is gone, Gal. 5:11-12.)

p99) "That which imparts the sinner just, is the alone work of Jesus Christ, finished on the cross, imputed/imparted for all for whom it was accomplished, and received by faith alone."

p102) "To assert that the truths of eternal election, free justification (declared not guilty), imputed righteousness, efficacious redemption, and invincible grace in regeneration, lead to careless and ungodly life, is to sin with a very high hand indeed (deliberately hiding truth).

p110) "Current missionary candidates are nice, without much inquiry whether they are dead to the law and possess a living faith in Jesus (not saving faith dogma), or whether they have ever brought a lost sinner by the Holy Spirit to the blood."

p118) "Acts 4:11-13 ‘Now when they saw the boldness of Peter and John, and perceived that they were uneducated (in the Rabbinic laws) and untrained (by Gamalliel) men, they marveled. And they realized that they had been with Jesus.’ (But they knew Greek and Hebrew.) The apostles and primitive pastors were qualified for their work not by the tuition/teaching of Gamaliel, or of any other theological tutor, but only by the communication of the Holy Spirit. ‘Our sufficiency is of/from God who hath made us able ministers of the N.T. 2Cor.3:4-6.’."

p120) "When Christianity became corrupted (since Justin Martyr’s APPOLOGY), nominal conversions took place of regeneration and the kingdom of the clergy began to rise. The nations professing Christianity had no love for the truth, and as for the Holy Spirit, they knew Him not. The simple gospel was exchanged for a scholastic theology, founded on the philosophy of this world, and the wisdom of Aristotle (and Plato).

Then were universities instituted that by them, that men might be fitted for the Christian ministry. These have been the nurseries of the clergy in all ages, vomiting forth their Antichristian divinity like the smoke of the bottomless pit, out of which a carnal priesthood, like locusts, have precede, and overspread the earth. Schools of learning, considered simply as means of knowledge, are good, but when they are employed to invade the prerogative of Jesus Christ, when they are instituted to accomplish what none but the Spirit can effect, they become an engine of Satan, and are abominable to God. In this respect also, our Baptist churches have begun to initiate the Antichristian apostasy." (Rushton wrote this in 1831. He was correct. Fullerism controls all of Evangelicals, Fundamentalists, and Christendumb today, Mark 13:21-22.)

I AM NOT A SUPRALAPSARIAN, INFRA, PARADOXICAL, OR ANTIMONY CULT.

Theology splits God from His decrees, from His laws, and His election from my given regeneration and faith. Judaizers follow laws and principles; not the Holy Spirit. Mystics follow feelings and noisy dances; not faith in Jesus Christ, 1Cor. 1:17-2:16.