Is the Gospel an Offer?
by Stuart Brogden 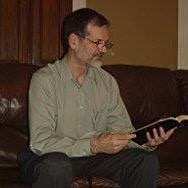 Is the gospel an offer?

First, what is an offer? From Webster's 1828 Dictionary

1. Literally, to bring to or before; hence, to present for acceptance or rejection; to exhibit something that may be taken or received or not. He offered me a sum of money. He offered me his umbrella to defend me from the rain.

Does that sound like what the Bible describes as the gospel, something He offers up to be accepted or rejected?

Many people who claim the gospel is an offer turn to any of several places where God calls people to come to Him. In the first place, the English word, come, is an imperative - a command. When a mother tells her toddler "come here," she is not inviting him, she's not offering him the option; she's commanding him. When the queen of England bids an entertainer to sing for her, everybody calls it a "command performance" because the queen issued the "invitation." So many who call God sovereign posit Him as someone who offers and invites His creatures to come into His kingdom - as if He were less than the queen of England, less than a mother of small children.

How much more greater and grander and beyond our ability to comprehend is the Creator and Judge of all flesh? When the Lord of glory tells His chosen ones, "Come!" it is, as everyone who embraces the doctrines of grace knows, an irresistible call.  When you and I preach the gospel, we try to persuade men - the general call we give (not knowing who the elect are) can be resisted or accepted. Yet our words, our persuasive speech is not what saves anyone. The Spirit of God moves as does the wind - no man controls nor is able to know for sure where He goes. And He gives life to that which was dead, and those called by God to come are no more able to say no than Lazarus was, being 4 days dead in the tomb. Jesus did not invite Lazarus to come forth, didn't offer him another few years in the flesh. He commanded Lazarus to come forth; and Lazarus did so.

Preach the gospel to every creature, we are told. Nothing about offering the kingdom to anyone. Nothing about inviting them - compel them to come, the master of the wedding feast said. How do we compel people to come to Christ? By being faithful with our proclamation of His gospel. It is the power of God unto salvation for those who are being saved. He compels His chosen ones to come to the wedding feast.

A similar survey of "gospel" shows us the same results. Of 78 occurrences, we see much about proclaiming and preaching and announcing the gospel. People hear the gospel; the gospel is confessed and presented and it is preserved. The gospel is veiled to those who are perishing (2 Cor 4:3). The gospel is established and advanced. People are called by God through the gospel. No occurrence of the gospel being offered.

Why does this matter?

If the gospel and the kingdom are offered to sinners, God is put in the position of "the anxious seller," hoping people will accept Him. The Bible does not give any hint of God in this light. He commands the clouds where to go and drop rain, He gives life to that which was dead, He calls into existence things that do not exist.

While none of us is able to describe God comprehensively, each of us who name Christ as Lord should seek to never reduce Him in any of His attributes. God speaks and His sheep hear His voice. He needs not offer His kingdom to anyone - He gives it to whom He pleases.