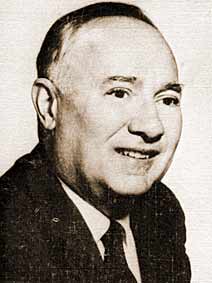 Supralapsarianism, for all its insistence on a certain logical order among the divine decrees, is essentially, so it seems to us, the unobjectionable view that God controls the universe purposefully. God acts with a purpose. He has an end in view and sees the end from the beginning. Every verse in Scripture that in one way or another refers to God's manifold wisdom, every statement indicating that a prior event is for the purpose of causing a subsequent event, every mention of an eternal, all-embracing plan contributes to a teleological and therefore supralapsarian view of God's control of history.

The connection between supralapsarianism and the fact that God always acts purposefully depends on the observation that the logical order of any plan is the exact reverse of its temporal execution. The first step in any planning is the end to be achieved; then the means are decided upon, until last of all the first thing to be done is discovered. The execution in time reverses the order of planning. Thus creation, since it is first in history, must be logically last in the divine decrees.

Gordon Haddon Clark (August 31, 1902 — April 9, 1985) was a philosopher and calvinist theologian of the 20th century. He was an expert in pre-Socratic and ancient philosophy and was noted for defending the idea of propositional revelation against empiricism and rationalism, in arguing that all truth is propositional. His theory of knowledge is sometimes called scripturalism.
Topics: Modified Covenant Theology Gospel Distinctives
Author: Gordon H. Clark
Views: 36