Elias Keach
The Man Converted by His Own Preaching 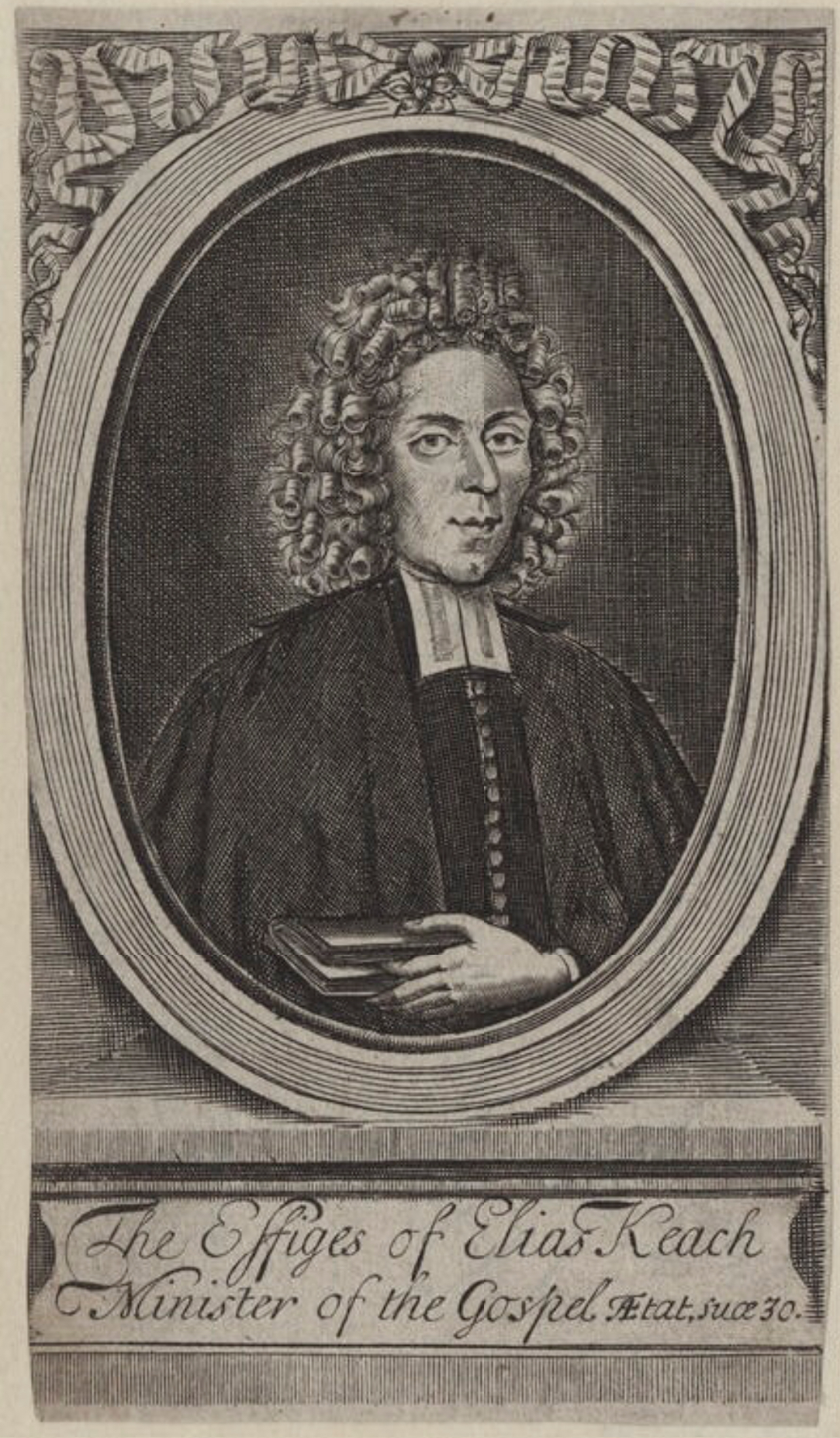 Elias Keach the wild and rebellious son of the renowned Benjamin Keach of London arrived in Philadelphia in 1686. Young Keach was just nineteen and had come to this country to escape from his father and mother’s discipline and to make his fortune and prove he did not need them or their religion. To gain acceptance and respect, he dressed like a clergyman. When it was learned he was the son of Benjamin Keach, he was immediately invited to preach. An eager congregation gathered to hear his sermon. Keach was elegantly dressed in his ministerial coat and white bands and probably using one of his father’s sermons he began his discourse, but about half way through he suddenly stopped short being seized with the enormity of his hypocrisy and sin. The people assumed he had been seized with a sudden illness. When they gathered around him and asked the cause of his fear, he burst into tears, confessed his fraud and threw himself upon the mercy of God and pleaded for the pardon of all his sins. He immediately traveled to the Cold Springs Church, the first Baptist church established in Pennsylvania, and poured out his heart to Elder Thomas Dugan. The aged Baptist Pastor lovingly took him by the hand and led him to Christ. Elias presented himself to the church as a candidate for baptism and membership and after hearing his testimony and being convinced of the genuineness of his experience he was baptized by Elder Dugan. Shortly afterwards the church recognizing his extra ordinary skills and oratorical abilities ordained him to the Gospel ministry and sent him forth to preach Jesus and the resurrection. He returned immediately to Pennepek where he began to preach with great power and baptized several converts. In 1688 he constituted the Lower Dublin Baptist Church which would become the mother of several churches from which the Philadelphia Baptist Association the oldest in America would immerge. Keach’s zeal to preach the Gospel could not be contained in one local church. He traveled extensively, preaching in Trenton, Philadelphia, Middletown, Cohansey, Salem, and many other places and baptizing the converts into the fellowship of the church at Pennepek. All of the Baptists in New Jersey and Pennsylvania were connected with the Lower Dublin Church with the exception of the church at Cold Springs. Keach’s ministry continued to prosper until the members began to squabble about laying on of hands after baptism, predestination, singing of psalms, etc. Shortly after these controversies arose, Keach resigned his Pastoral duties in 1689 and returned to London. After being reunited with his family, he organized a church in London at Ayles Street, Goodman Fields where he preached to great crowds, and in nine months he baptized 130 into its fellowship. He often preached to crowds of 1500 and published several works that were widely distributed. Tragically, he died after a short illness in 1701 at the age of thirty-four but the work he began in Pennsylvania and New Jersey over three hundred years ago is still producing fruit – “He being dead yet speaketh.”