Restoration of Israel??
by Mike McInnis 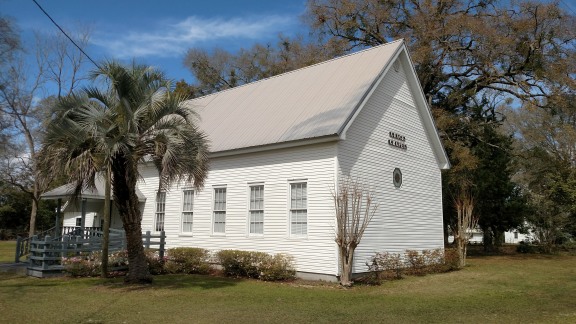 The restoration of Israel and the millennial reign of CHRIST in the earth is not something that I reject. My understanding however is that this millennial reign and restoration is spiritual in nature rather than carnally perceived, This concept is clearly scripturally supported unless a person has blinders on which prevents them from seeing the LORD’s purpose in singling out Israel (as an earthly nation) simply as a type and foreshadow of HIS true Kingdom and purpose. A person must believe that HE makes a distinction (in HIS Kingdom) between Jew and Gentile after the flesh in order to purport the concept of a dual purpose of GOD.

There can be no doubt that HE has in times past spoken unto Israel (carnally speaking) through the law and the prophets, but HE has in these last days spoken unto us (i.e. Jew and Gentile alike) by HIS SON. Now Paul makes it clear that HIS purpose was hidden from the beginning but is now made manifest, that HE has broken down the middle wall of partition between Jew and Gentile, making us all of ONE. He is not a Jew which is one outwardly but rather now in SPIRIT and TRUTH.

CHRIST has but one Kingdom over which HE rules and reigns forever. HE clearly identified the nature of HIS kingdom and its origin and location in HIS words to Pilate, “Jesus answered, My kingdom is not of this world: if my kingdom were of this world, then would my servants fight, that I should not be delivered to the Jews: but now is my kingdom not from hence.” (John 18:36) and to the Pharisees, “And when he was demanded of the Pharisees, when the kingdom of God should come, he answered them and said, The kingdom of God cometh not with observation: Neither shall they say, Lo here! or, lo there! for, behold, the kingdom of God is within you (i.e.; in your midst).” (Luke 7:20-21) If HE had “another” kingdom would HE not have told them of it?

I cannot comprehend (though at one time I held the position) how that CHRIST can rule anymore over the kings of this earth, than HE does in the present time or how that Israel could receive any greater “restoration” than that which is observed as the True Israel is called out of every tribe kindred and tongue. The Premillennial concept of these things requires two of every thing Two Israels, two kingdoms, and two purposes just to name a few.

In many ways the error of “millennialism” is innocuous, yet IMHO it is an egregious error in that it relegates the redemptive work of CHRIST to a side bar in the unfolding of HIS supposed establishment of a carnal kingdom with Israel after the flesh at its center and dilutes the singularity of HIS purpose to manifest the glory of HIS grace in the redemption of unworthy sinners. They are loved with an everlasting love.