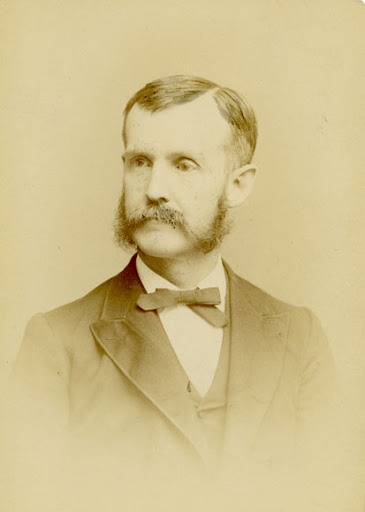 Why is it that so many people keep all their pleasant thoughts, and kind words about a man — bottled and sealed up until he is dead, when they come and break the bottle over his coffin, and bathe his shroud in fragrance? Many a man goes through life with scarcely one bright, cheering, encouraging, helpful word. He toils hard and in lowly obscurity. He gives out his life freely and unstintedly for others.

I remember such a man. He was not brilliant, nor was he great — but he was faithful. He had many things to discourage him. Troubles thickened about his life. He was misrepresented and misunderstood. Everybody believed that he was a good man — but no one ever said a kindly or pleasant thing to him. He never heard a compliment — nor scarcely ever a good wish. No one ever took any pains . . . to encourage him, to strengthen his feeble knees, to lighten his burdens, or to lift up his heart by a gentle deed of love, or by a cheerful word.  He was neglected. Unkind things were often said of him.

I stood by his coffin — and then there were many tongues to speak his praise. There was not a breath of aspersion in the air. Men spoke of his self-denials, of his work among the poor, of his good qualities, of his quietness, his modesty, his humility, his pureness of heart, his faith and prayer. There were many who spoke indignantly of the charges that falsehood had forged against him in past years, and of the treatment he had received. There were enough kind things said during the two or three days that he lay in the coffin, and while the company stood around his open grave — to have blessed him and made him happy all his fifty years, and to have thrown sweetness and joy about his soul during all his painful and weary journey. There was enough sunshine wasted around that black coffin and dark grave, to have made his whole life-path bright as clearest day. But his ears were closed then, and could not hear a word that was spoken. His heart was still then, and could not be thrilled by the grateful words. He cared nothing then for the sweet flowers that were piled upon his coffin. The love blossomed out too late. The kindness came, when the life could not receive its blessing.

I then promised myself that I would not keep all my kind words, and all my pleasant thoughts and feelings, about my neighbor — locked up in my heart until he is dead. They will do him no good then. He will not need them then. His dead hand cannot feel the warm pressure. Gentle words will not make his pale, cold face glow. It will be too late, when he lies in the coffin, to seek to make him happy, to lift the shadows off his life, or to brighten his path.

It was a beautiful thing that the country did on Grave Decoration-day. The gardens were stripped of their flowers. Hundreds of thousands of graves were strewn with the richest sweetness and fragrance of earth. Many words were spoken of the dead. Their valor was praised. Their heroism was lauded. Their brave and gallant deeds were recounted. Orators exhausted the resources of language to find words strong enough, and beautiful enough, to weave into garlands for their brows. And it was well. It was a fit and noble thing to do. It is well, too, to build monuments to mark the spots where our dear dead sleep, and to inscribe upon them the sacred names. The memory of a sweet and beautiful life should be kept ever green and fresh in our hearts; and there is no richer tribute to a life than the sincere witness of sorrowing friends around the coffin and the grave. It is well that even death has power to stop the tongue of detraction; to subdue enmities, jealousies, and animosities; to reveal all the beauties and excellencies of a man's character; to hide his blemishes and defects; and to thaw out the tender thoughts and kindly feelings of his neighbors' hearts.

But in the meantime there is a great host of weary men and women toiling through life toward the grave — who need cheering words and helpful ministries. The flowers are now growing which are to be scattered about their coffins — but why should they not be scattered in their paths today? The kind words are lying in men's hearts and trembling on their tongues — which will be spoken by-and-by when these weary ones are sleeping in the grave; but why should they not be spoken now, when they are needed so much, and when they would be so pleasing and uplifting?

It costs but little to give men a great deal of joy and help. One brought a bunch of flowers to my table, and for a whole week they filled my room with fragrance. One wrote me a cheering letter, breathing a spirit of gratitude and love. It came when I was weary and depressed — and was like the meal prepared by the angel for the old prophet. I went on its blessed strength for many days. One met me on the street and spoke an encouraging word and grasped me warmly by the hand; and for hours I felt that warm grasp and heard that word echoing through my soul.

A little child may brighten scores of lives every day. There is not one of us who may not gladden and strengthen many a heart between every rising and setting sun. Why should we not live . . . to bless the living, to cheer the disheartened, to sweeten cups that are bitter, to hold up the hands that hang down, to comfort those that mourn, to bear joy into joyless homes?

Kind words will not spoil a man. If a sermon helps you — then it will do the preacher no harm to tell him so. If the editor writes an article that does you good — he can write a still better one if you send him a word of thanks. If a book blesses you, do you not owe it to the author to write him a grateful acknowledgment?

If you know a weary or neglected one — would it not be such work as angels do, would it not be Christ-like work — to seek every opportunity to brighten and bless that life? Do not wait until the eyes are closed, the ears deaf, and the heart stilled. Do it now. Post-mortem kindnesses, do not cheer the burdened heart. Flowers on the coffin, cast no fragrance backward over the weary days.