Why Have Our Churches Neglected the Precepts?
by J.C. Philpot 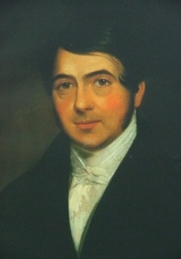 Why, then, has the precept been so neglected among the Churches of truth? Friends and brethren, is it so, or is it not so? Guilty or not guilty, servants of the living God, members of Churches founded upon the love of truth in its purity and power? We are not speaking here, mind you, of a man tying at the end of a sermon the precepts together into a bundle of rods and flogging with them Christ's sheep and lambs. That is legality. That is not preaching the precept as Paul preached it, and as the Holy Ghost has revealed it. To handle the precept properly, is to handle it spiritually, in the love and spirit of the gospel, with a broken heart and a melted soul—broken by a sense of sin, and melted by a sense of mercy. This, not to anticipate future explanation, this is what we mean by preaching the precept. But are there no reasons for this omission? Surely there are, or it would not be so general. Have we not ourselves been guilty here? We freely confess our fault this day, and perhaps we have but to look into our own breast to find why others have been faulty too.

Now we confess that for some years after we had received the love of truth we did not clearly or fully see the connection of the precept with the doctrines of grace and the experience of the saints. We saw, what was obvious enough, that the precept occupied a large and prominent place in the New Testament, and as such we received it. But two difficulties seemed to stand in the way of its cordial and hearty reception, and a right view of its beauty and blessedness as a part of divine revelation. These were, 1, the sinfulness; 2, the inability of the creature, and of ourselves in particular. The consciousness of utter inability to perform the precept made it as if too inaccessible to the hand to reach it; the holiness of the precept made it as if too pure for the hand to touch it. Thus, if passed by, it was not from contempt, but reverence; if not handled, it was not from wilful neglect, but from not properly seeing its place in the gospel of the grace of God. Allow us a few words on this point. All truth, especially revealed truth, must be consistent with itself—harmonious in every part. But to see this consistency and harmony, not only must the eye be duly instructed, but must look at it from the right point of view. Will our readers permit us to use a figure or two to illustrate our meaning? In some gallery of art take your stand before a beautiful picture, say one of Turner's grand sea-views. Look at it near at hand; what is it? A mass of blotches and smears, with dabs of white paint here and there. Go back a few steps, and view it from the right point. What a change! What beauty, what harmony, what colouring! The blotches and smears resolve themselves into a sea heaving with life and motion, and the dabs of paint are waves, curling with foam as if they would dash at your very feet. Take a more familiar figure. Look through a stereoscope at a photograph. What do you see? Something like a building, but all confusion. Wait a moment. Now you have got the focus. What do you see now? The front of a palace or a cathedral, with every architectural detail so clear and distinct that you might fancy yourself looking upon the very building itself. So in divine truth. Let the eye be spiritually opened, let the right point of view be gained, and then every part falls into its right place, full of beauty and harmony. Whilst then we view the precept from a legal standing, we must see it distorted and out of place. It is what we may call out of perspective; we do not see it from the same point of view as the Holy Ghost has drawn it in the word, and as he intended it to be looked at with a believing eye. But when we see, as represented in the gospel, doctrine and experience, promise and precept, love and obedience, motive and action, receiving Christ and walking in him, the grace which saves and the grace which sanctifies, the blood that cleanses and the water that washes, Christ as Priest to atone, Christ as Prophet to teach, Christ as King to rule, all forming one harmonious whole, all combining in one glorious plan for the glory of God and the present and future blessedness of his people, then we view "the truth as it is in Jesus" almost as Moses gazed on the land of promise from Pisgah's height, or as, John "saw the holy city, New Jerusalem, coming down from God out of heaven, prepared as a bride adorned for her husband." (Rev. 21:2.)

But there was another reason, perhaps, why we did not see the beauty and harmony of the precept. Having had our fleshly holiness and creature piety knocked to pieces, having passed for several years through much inward exercise and temptation, and having learnt in that school the thorough helplessness of the creature; then being delivered from the galling yoke of legality and self-righteousness, and having tasted the sweetness and the freeness of gospel grace, our mind revolted from everything which seemed legal, Pharisaical, or self-righteous. Thus there was a going to the opposite extreme; and, to avoid one evil, there was not a falling into, but too near an approach to the other. Repelled and almost disgusted by the way in which Arminians, moderate Calvinists, and the whole race of man-made preachers handled the invitations and precepts of the gospel, holding them out to dead men to act upon and perform, there was a shrinking from any confederacy with such doings and dealings, such teachings and preachings, such a turning of things upside down, such a fouling of the waters, such a treading down of the pastures of the flock of slaughter. Besides which we saw in even some good men (men of whom we had hoped better things) a legal bias, which led them to use the precept more as a rod for others than as a rule for themselves, and rather to feed a spirit of bitterness in their own minds and of those whom they influenced than as the pure milk of the word that they might grow thereby, the result being rather spiritual pride and self-exaltation among many of the real people of God than humility, brokenness, brotherly kindness, and love. Hence separation between ministers of truth and divisions in Churches, being just the contrary effect to the real spirit and intention of the precept.

(Taken from Philpot's, Meditations on the Preceptive Word of God)

Joseph Charles Philpot (1802-1869) resigned from the Church of England in 1835 to become a Strict and Particular Baptist. He later served as the editor of the Gospel Standard magazine for twenty years.
Topics: Neo-Gnosticism
Author: J.C. Philpot
Views: 31