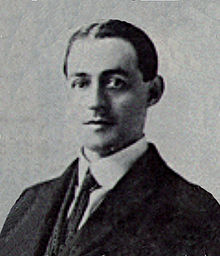 In every generation there are those of an officious spirit who aspire to leadership, demanding deference from their fellows. Such men insist upon unqualified subjection from their followers. Their interpretation of the Scriptures must not be challenged, their dictates are final. Everyone must believe precisely what they teach, and order all the details of his life by the rules of conduct which they prescribe — or else be branded as a heretic.

There have been, and still are, many such self-elevated little popes in Christendom, who deem themselves to be entitled to implicit credence and obedience, whose decisions must be accepted without question. They are nothing but arrogant usurpers, for Christ alone is the Master of Christians; and since all of His disciples are "brethren," they possess equal rights and privileges.

This dehortation has ever been needed by God's people, for they are for the most part simple and unsophisticated, trustful and easily imposed upon. In those verses, the Lord Jesus was enforcing the duty of private judgment, bidding believers to allow none to be the dictators of their faith, or lords of their lives.

No man is to be heeded in spiritual matters, any further than he can produce a plain and decisive, "Thus says the LORD!" as the foundation of his appeal. To be in subjection to any ecclesiastical authority which is not warranted by Holy Writ, or to comply with the whims of men — is to renounce your Christian freedom. Allow none to have dominion over your mind and conscience. Be regulated only by the teaching of God's Word, and firmly refuse to be brought into bondage to "the commandments and doctrines of men." Instead, "Stand fast in the liberty with which Christ has made us free," yielding unreservedly to His authority alone.

God does not require the minds and consciences of His children to be enslaved by any ecclesiastical dominion. Each one has the right to exercise his own judgment.

"Be shepherds of God's flock that is under your care . . . not greedy for money, but eager to serve; not lording it over those entrusted to you, but being examples to the flock." - 1 Peter 5:2-3

Instead of lording it over God's heritage, preachers are to be "examples to the flock" — personal patterns of good works, holiness, and self-sacrifice; models of piety, humility, and charity.

Love of power has been as common a sin in the pulpit, as love of money; and many of the worst evils which have befallen Christendom, have issued from a lusting after dominion and ecclesiastical honors. Such is poor human nature, that good men find it hard to keep from being puffed up and misusing any measure of authority when it is committed unto them, and from not doing more harm than good with the same. Pastors are to make self-abnegation, and not self-exaltation, their constant aim.

The right of private judgment does not mean that each Christian may be a law unto himself, and still less lord over himself. We must beware of allowing liberty to degenerate into license! No, it means the right to form our own views from Scriptures, to be in bondage to no ecclesiastical authority, and to be subject unto God alone. Two extremes are to be guarded against:

Private judgment does not mean private imagination, but a deliberate conviction based on Holy Writ! Though I must not resign my mind and conscience to others, or deliver my reason and faith over blindfold to any church — yet I ought to be very slow in rejecting the approved judgment of God's true servants. Self-conceit is to be rigidly restrained. Private judgment is to be exercised humbly, soberly, and impartially, with a willingness to receive light from any quarter.

Ponder the Word for yourself; but mortify the spirit of haughty self-sufficiency, and be ready to avail yourself of anything likely to afford you a better understanding of God's truth. Above all, daily beg the Holy Spirit to be your teacher! And always accord your brethren the same right and privilege which you claim for yourself.

Arthur Walkington Pink (1856-1952) was an English Bible teacher who sparked a renewed interest in the exposition of the doctrines of Grace otherwise known as "Calvinism" or "Reformed Theology" in the twentieth century.
Topics: Churchianity
Author: Arthur W. Pink
Views: 29