On the Law and the Gospel
by John Owen 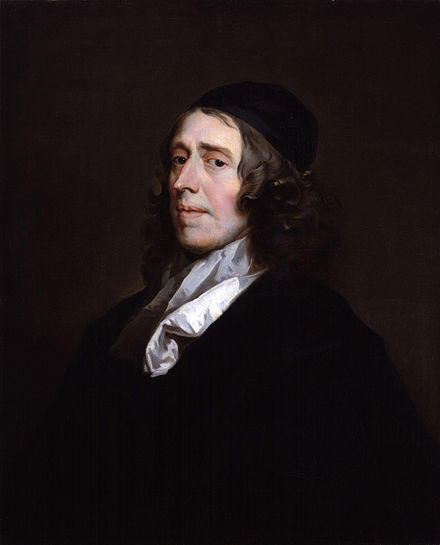 The following was taken from volume 7 pgs 550-551 on the Dominion of Sin and Grace chapter 5 which was published 5 years after his death. It appears that in this treatise Owen had been given further light on the relationship of the law to the gospel then he had in earlier writings.

The law doth not supply us with effectual motives and encouragements to endeavour the ruin of the dominion of sin in a way of duty; which must be done, or in the end it will prevail. It works only by fear and dread, with threatenings and terrors of destruction; for although it says also, "Do this, and live," yet withal it discovers such an impossibility in our nature to comply with its commands, in the way and manner wherein it enjoins them, that the very promise of it becomes a matter of terror, as including the contrary sentence of death upon our failure in its command. Now, these things enervate, weaken, and discourage, the soul in its conflict against sin; they give it no life, activity, cheerfulness, or courage, in what it undertakes. Hence those who engage themselves into an opposition unto sin, or a relinquishment of its service, merely on the motives of the law, do quickly faint and give over. We see it so with many every day. One day they will forsake all sin, their beloved sin, with the company and occasions inducing them thereunto. The law hath, frightened them with divine vengeance. And sometimes they proceed so far in this resolution that they seem escaped from the pollutions of the world; yet soon again they return to their former ways and follies, 2 Pet. 2:20-22. Their "goodness is as a morning cloud, and as the early dew it goeth away." Or if they do not return to wallow in the same mire of their former pollutions, they betake themselves to the shades of some superstitious observances, as it is in the Papacy: for they openly succeed into the room of the Jews who being ignorant of the righteousness of God, and not submitting thereunto, went about variously to establish their own righteousness, as the apostle speaks Rom x. 3,4 for in that apostate church, where men are wrought on by the terrors of the law to relinquish sin and set themselves in opposition unto its power, finding themselves altogether unable to do it by the works of the law itself, which must be perfectly holy, they betake themselves to a number of superstitious observances, which they trust to in the room of the law, with its commands and duties. But the law makes nothing perfect, nor are the motives it gives for the ruin of the interest of sin in us able to bear us out and carry us through the undertaking.

But the motives and encouragements given by grace to endeavor the utter ruin of sin in a way of duty are such as give life, cheerfulness, courage and perserverance; they continually animate, relieve and revive the soul, in all its work and duty, keeping it from fainting and despondency: for they are all taken from the love of God and of Christ, from the whole work and end of his, meditation from the ready assistances of the Holy Ghost, from all promises of the gospel, from their and with others believers experiences; all giving them the highest assurance of final success and victory. When the soul is under influence of these motives, whatever difficulty and opposition it meets withal from soliciting temptations or surprisals, "it will renew its strength, it will run and not be weary, it will walk and not faith," according to the promise, Isa xl.31

Christ is not in the law; he is not proposed in it, not communicated by it,-we are not made partakers of him thereby. This is the work of grace, of the gospel. In it is Christ revealed; by it he is proposed and exhibited unto us; thereby are we made partakers of him and all the benefits of his mediation. And he it is alone who came to, and can, destroy this work of the devil. The dominion of sin is the complement of the works of the devil, where all his designs center. This "the Son of God was manifested to destroy." He alone ruins the kingdom of Satan, whose power is acted in the rule of sin. Wherefore, hereunto our assurance of this comfortable truth is principally resolved. And what Christ hath done, and doth, for this end, is a great part of the subject of gospel revelation.

The like may be spoken of the communication of the Holy Spirit, which is the only principal efficient cause of the ruin of the dominion of sin; for "where the Spirit of the Lord is, there is liberty," and nowhere else. But we receive this Spirit not "by the works of the law," but " by the hearing of faith," Gal. 111. 2