Just Shut Up and Quit Preaching
by Bruce Crabtree 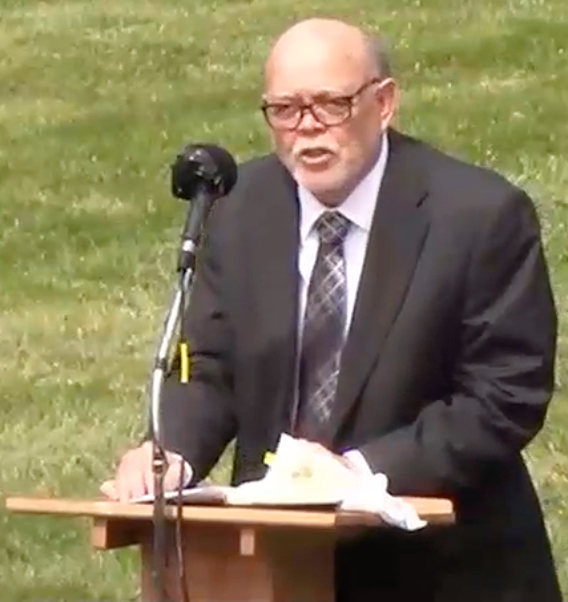 This is what the Jewish leaders told Peter and John to do; "And when they had called the apostles, and beaten them, they commanded that they should not speak in the name of Jesus..." (Acts 4:17; 5:40). This is the main goal of the devil's plotting against the poor preachers of Christ – “'Just shut up and quit preaching.”

Satan has many devices by which he seeks to accomplish this goal, threats are only one of them. Poor Moses was tempted not to stand before Pharaoh and say, “Thus sayest the Lord,”' and we are told why - and Moses complained to the Lord about it; "Since I came to Pharaoh to speak in thy name, he hath done evil to this people" (Exodus 5:23). The preaching of the gospel is apt to start the threat of persecution of some kind where it never existed before. Is it worth it to shut up and preach Christ no longer just to secure our own safety?

Young Jeremiah was so intimated by seeing the disappointment on the faces of those he preached to, the Lord had to warn him more than once to pay no mind to it less he yield to the temptation just to shut up and quit preaching (Jer. 1:8,17). Are the disapproving faces of man enough to make us shut up and speak no more in the name of Jesus? Oh, how many of us have felt like throwing in the towel right in the middle of a sermon because of it!

There are the feelings of being so inadequate. "Ah, Lord God! behold, I cannot speak: for I am a child" (Jer. 1:6). I sometimes think of myself, that after studying the Scriptures for over forty years, I know so little as I ought to know; how can I go on preaching? The knowledge I have could be put in a thimble and a large cork put in it. I feel like I should just sit down and shut up and let the more learned do the preaching.

There is the misstatements. Saying things we should never have said, or saying it in a way that was absolutely wrong and therefore completely misunderstood or taken offense to. Poor Moses complained of this, "I am not eloquent," but it was worse than that, 'I can't even get the words out, he said,' "I am slow of speech" (Exod. 4:10). If you think this wasn't a great hindrance to Moses in his being unwilling to preach, read what a time (I say with reverence) the Lord had in sending that man to preach in Exodus chapter four.

Then, there are those times when the preacher sees his own personal failing and falling into sin. There are times when the brethren see some of his faults too, and even they discourage him from continuing to preach. One man told me the apostle Peter was never the preacher after he denied the Lord that he was before. What nonsense! I imagine Satan told Peter that since he had fallen and brought such shame on the Lord, that he might as well shut up and leave the preaching to others. No one is excusing Peter's fall, but it only served to make a better preacher out of him. King David used his awful fall and restoration to encourage himself to teach transgressors the way of the Lord, and even believed that sinners would be converted under his ministry (Ps. 51:13).

I think it is a standing miracle that any preacher of the gospel continues to preach for any length of time - considering how Satan tempts them to shut up and speak no more. God give all his preachers grace to say with Peter; 'We cannot but speak the things which we have seen and heard,' and to be like those early preachers who, instead of just shutting up and sitting down, or getting a job they felt like they were good at, 'went everywhere preaching the word' (Acts 8:4). Our great Savior is worthy. Spread his fame in spite of all opposition within and without.

Are we experiencing persecution? Do we see the disappointment of some and the disapproval of others? Do we feel our own lack of ability? Are we reminded of our own faults and fallings. And add to this we see so little fruit of our preaching. Yet, "Be not afraid, but speak, and hold not thy peace" (Acts 18:9).