The Moral Law
by William Huntington 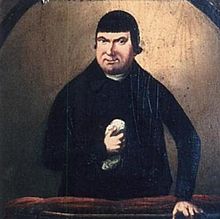 The moral law is a chastening rod in the hand of God the Father, which he uses upon all the elect children that he has given to Christ, who are all of them transgressors of his law, being by nature under it, and children of wrath even as others; and guilty before him: hence it is, "If his children forsake my law, and walk not in my judgments: if they break my statutes, and keep not my commandments; then will I visit their transgressions with the rod, and their iniquities with stripes. Nevertheless, my loving-kindness will I not make void from him, nor suffer my faithfulness to lie" Psalm lxxxix. 30, 31,32. All the elect have broken this law-therefore God sends the commandment home, and reveals his wrath in the soul till the sinner becomes dead, and left without either hope or help, the Father then leads the soul to Christ, in whom he has chosen him, where loving kindness is to be had, and where faithfulness is not to fail.

"Thus God chastens the sinner upon his bed with pains, and the multitude of his bones with strong pain; so that his life abhorreth bread, and his soul dainty meat; his flesh is consumed, that it cannot be seen; and his bones, that were not seen, stick out. Yea, his soul draweth near unto the grave, and his life unto the destroyers. If there be a messenger with him, an interpreter, one among a thousand, to shew unto man his uprightness; then he is gracious unto him, and saith. Deliver him from going down to the pit, I have found a ransom" Job, xxxiii. This is God the Fathers teaching. An "interpreter" is one that has passed under it, understands it, and can explain it to others; and these are like Solomon's "faithful men". "One among a thousand"; he is to shew the uprightness of God, in correcting the sinner for his folly, and then to point him to Christ, the ransom which God has provided, where he can be gracious unto him, and deliver him from going down into the pit.

When Moses passed under this discipline, he expected nothing but destruction; till Christ was exhibited to his faith, and God called him to the fellowship of him. "Thou turnest man to destruction; and sayest, Return, ye children of men" Ps. xc. 3.

Those who never knew any thing of this severity of God, never rightly knew any thing of his goodness. God gave Israel the law first, and then ordered a mercy-seat to be made. He disciplined them with blackness and darkness, storm and tempest, and spoke to them in the secret place of thunder; and after that pointed them to Christ by a sacrifice, and to the voice of mercy from off the mercy-seat; and he does the same now: "Like as I pleaded with your fathers in the wilderness of the land of Egypt, so will I plead with you, saith the Lord God. And I will cause you to pass under the rod, and I will bring you into the bond of the covenant" Ezek. xx. 36,37. God's pleading against the sinner in the law, is to teach him the need of an advocate; passing under the rod, is feeling the terrors of the law; and going into the bond of the covenant, is the enjoyment of Gods eternal love in Christ Jesus, which neither life nor death shall ever separate us from.